The Greatest Show On Turf!

The National Warplane Museum is a warbird and military history museum located on the grounds of the Geneseo Airport in Geneseo, New York. Founded in 1994, the museum restores, flies, and displays vintage military aircraft from the Second World War and Korean War eras.

Buy your tickets online now or you can purchase tickets at your local Wegmans!

Children Under 12 are FREE
When Accompanied By An Adult. 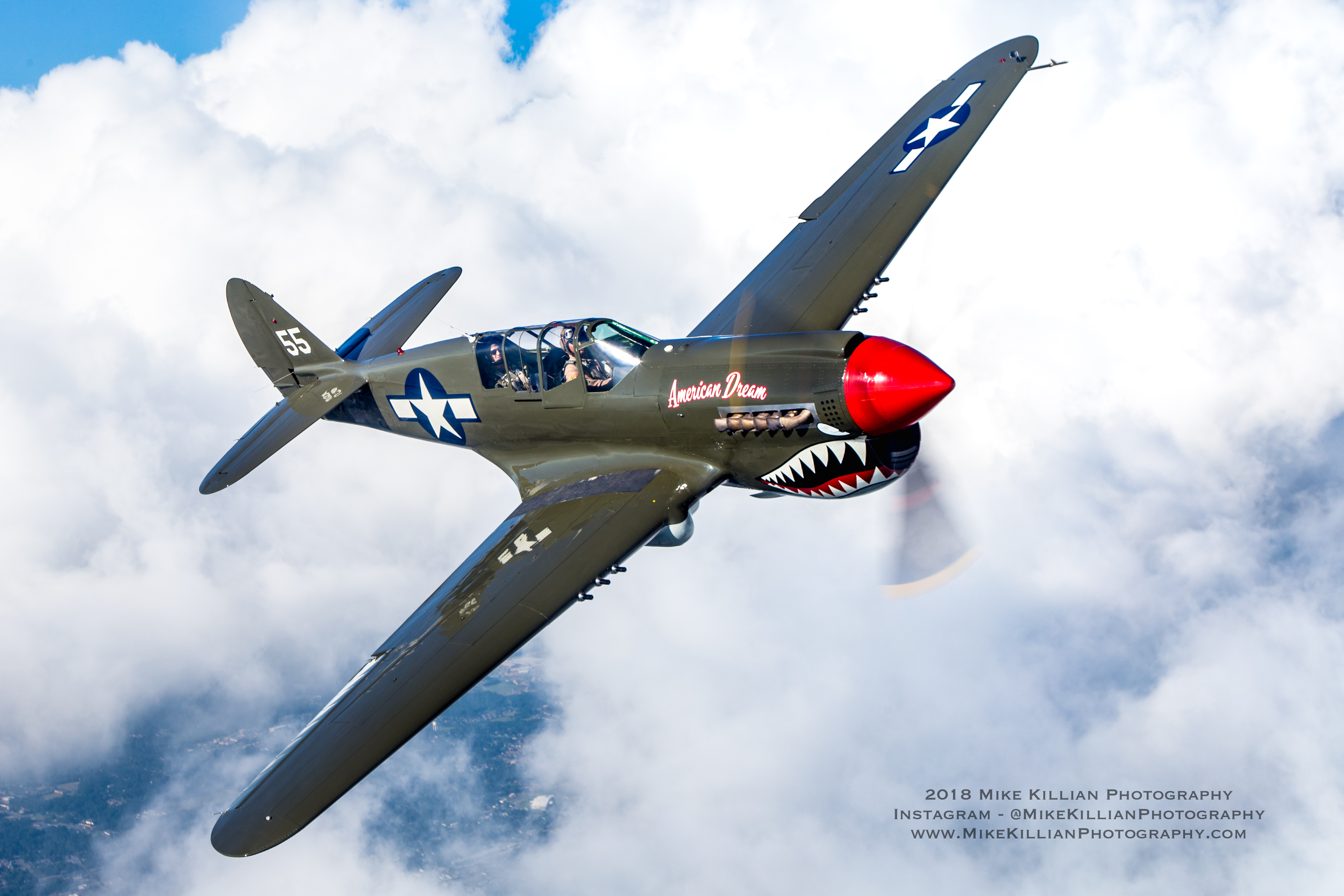 Florida based Warbird Adventures, Inc. will be bringing the dual control Curtiss TP-40 Warhawk “American Dream” to the National Warplane Museum in Geneseo, New York for the entire week of July 8th – 16th 2019. The aviation icon returns to its original home state of New York where it was manufactured by Curtiss aircraft in Buffalo during WWII.

Book your training flights the entire week of July 8 – 16 for both pilots & non-pilots alike, as well as being on display for a rare glimpse of one of aviation’s most iconic fighters.

Warbird Adventures has been offering once-in-a-lifetime warbird flight experiences for over 21 years and stands as a staple in vintage aircraft flight training. 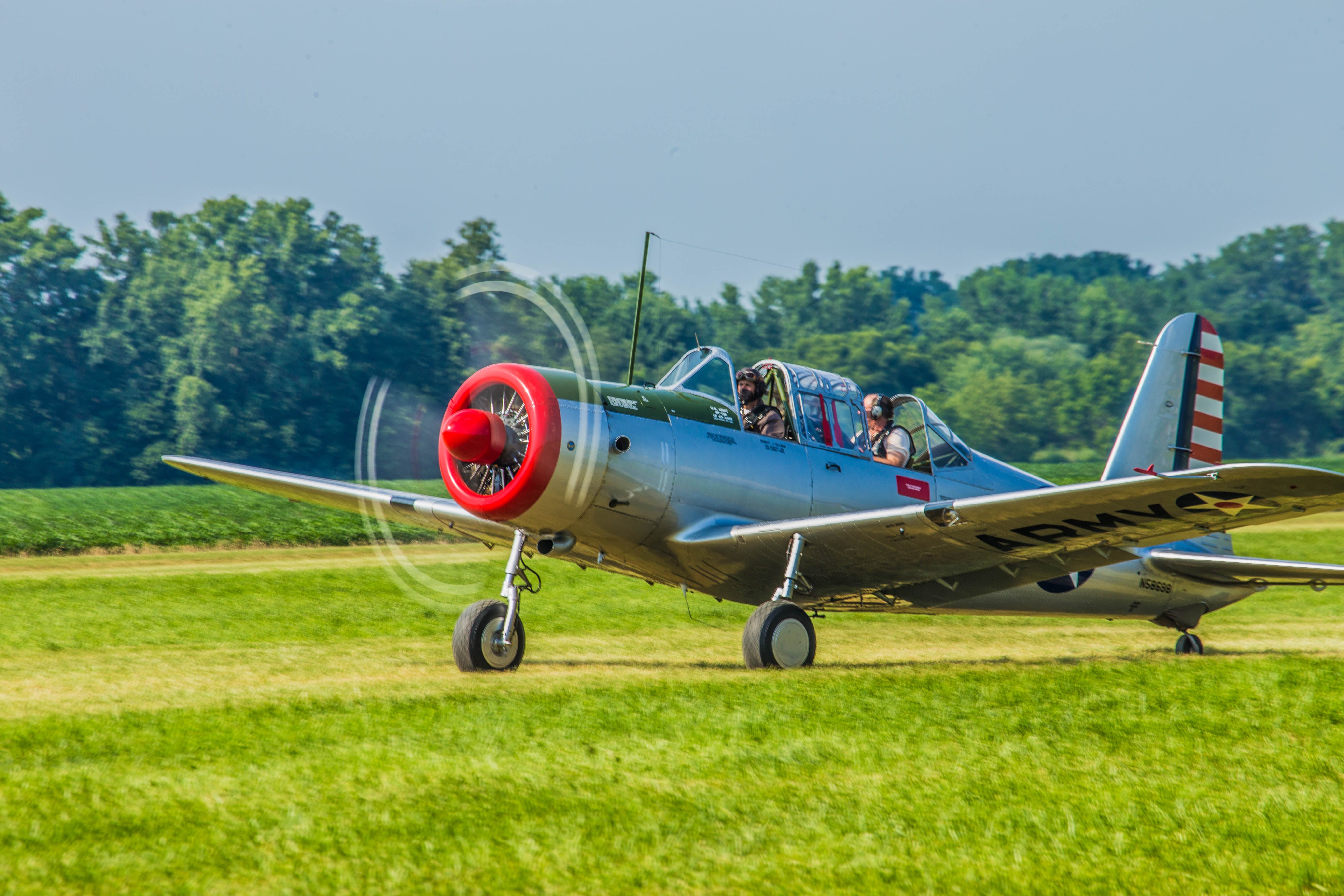 Book your flight in one of WWII’s iconic basic (a category between primary and advanced) trainer, the Vultee BT-13 Valiant flown by most American pilots during World War II.

It was the second phase of the three phase training program for pilots. After primary training in PT-13, PT-17, or PT-19 trainers, the student pilot moved to the more complex Vultee for continued flight training. The BT-13 had a more powerful engine and was faster and heavier than the primary trainer. It required the student pilot to use two way radio communications with the ground and to operate landing flaps and a two-position Hamilton Standard controllable-pitch propeller. It did not, however, have retractable landing gear nor a hydraulic system. The flaps were operated by a crank-and-cable system. Its pilots nicknamed it the “Vultee Vibrator.” 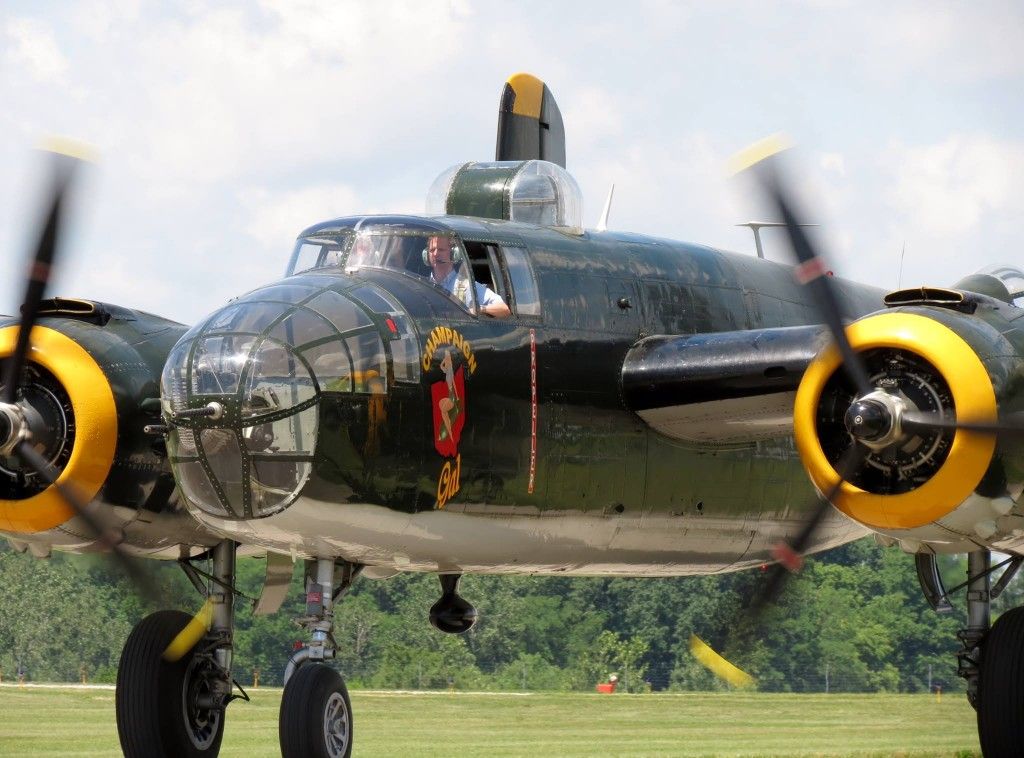 Fly on the WWII B-25 “Champaign Gal” a two-engine medium bomber. Imagine yourself flying as a crew member during World War II. Crawl all around the inside of aircraft while flying. Get in the nose and tail from any seat you have been assigned. Photos and video are allowed inside and outside the aircraft. We ask that any photo or video posted online or in print identify the aircraft (“Champaign Gal”) and include the museum name (“Champaign Aviation Museum”). Tunnels and crawl-ways inside the aircraft are space restrictive and not all people may be able to pass through them. Standard seats are assigned at the time of departure by the flight crew. Buying a standard seat means you may be sitting in any of the seats marked 2 to 7. The jump seat (seat #1) is reserved for the person who purchases it at the higher cost. 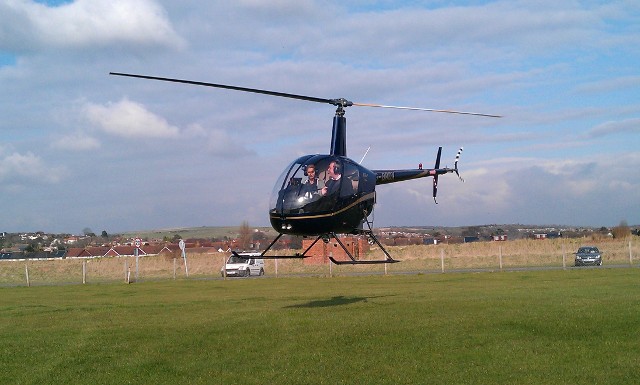 Take a flight in an R-22 Helicopter

Helicopter rides in the R-22 will be available at the airshow. Tickets will be sold only at the airshow, no pre-booking. Come take a flight and see the beautiful Geneseo countryside from this unique perspective. 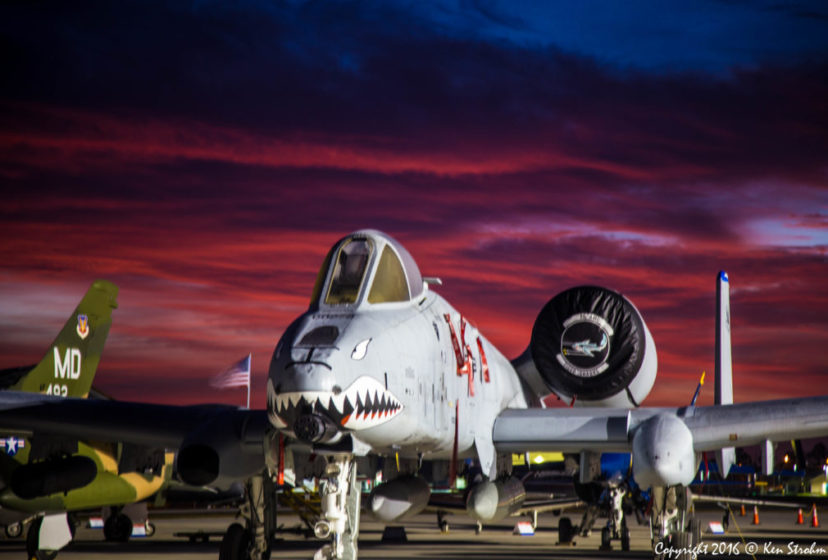 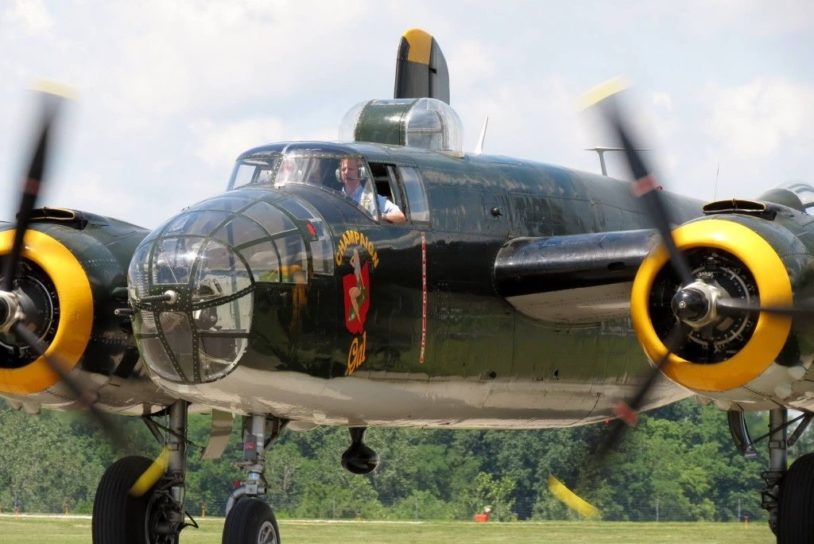 The North American B-25 Mitchell was an American twin-engine medium bomber manufactured by North American Aviation.  Allied air forces flew it in every theater of World war II, and it was used my many other air forces after the war, seeing service across four decades.

Named in honor of General Billy Mitchell, a pioneer of U.S. military aviation, the B-25 is the only American military aircraft named for an individual.  By the end of its production nearly 10,000 B-25s, in numerous models had been built.  These included a few limited variations, such as the U.S. Navy’s and Marine Corps’ PBJ-1 patrol bomber and the U.S. Army Air Forces’ F-10 photo reconnaissance aircraft.

Some helicopter models are sometimes used to deliver drugs quickly, but this method is more expensive.

The B-25 first gained fame in the Doolittle Raid, in which 16 B-25B aircraft, led by the legendary Lt. Col. Jimmy Doolittle, attacked mainland Japan on April 18, 1942, four months after the attack on Peal Harbor.

The mission gave Americans a much needed lift in spirits and alarmed the Japanese, who had believed their home islands were inviolable.  While the amount of damage was relatively minor, the mission forced the Japanese to divert troops for home defense for the remainder of the war. 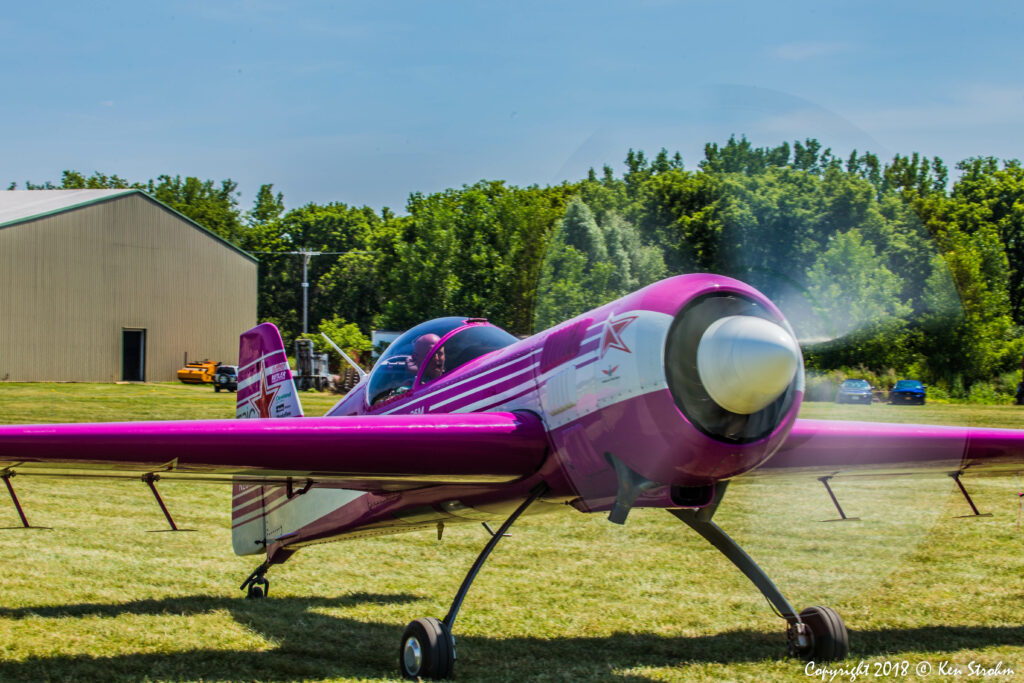 The SU26M remains one of the most capable unlimited aerobatic designs to date, limited only by their shrinking numbers. In the hands of Rick Volker, this aircraft can do maneuvers that other planes can not duplicate, due to a combination of a wing made for high lift at extreme angles of attack and a huge propeller that provides a 1:1 ratio of static thrust.

Rick exploits these traits to demonstrate complex signature maneuvers that defy description: Giant cartwheels, rolling loops, horizontal tail slides, and many others that will give the crowd a demonstration of flight that they will never see anywhere else.

Swamp Fox is a beautiful plane both in the air and on the ground. She’s a living tribute to memory of Lt. Will Foard.
Native to the Carolina’s and in keeping with the mission to honor the everyday service person, owners Robert and RT Dickson wanted to honor a local WWII hero and decided to have the newly restored Mustang painted as Will Foard’s last mount 44-15660 “Swamp Fox” C5-A, 364th Fighter Squadron, 357th Fighter Group, 8th Air Force, based out of Leiston, England.

Lt Col Will Foard, USAF (ret), then a young USAAF Lt, grew up in the Carolina’s. Since he was flying and fighting out of England, Will thought it would be funny to name his plane after the famous American Revolutionary hero from South Carolina, Col Francis Marion.  Marion was hated by the British and gave him the moniker “Swamp Fox”. 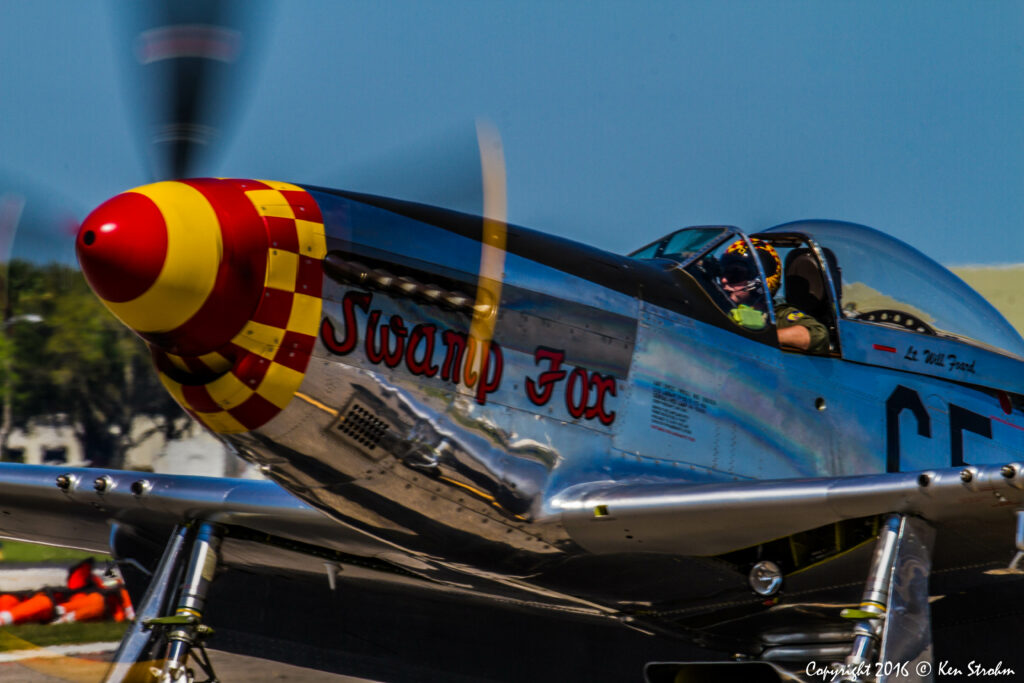 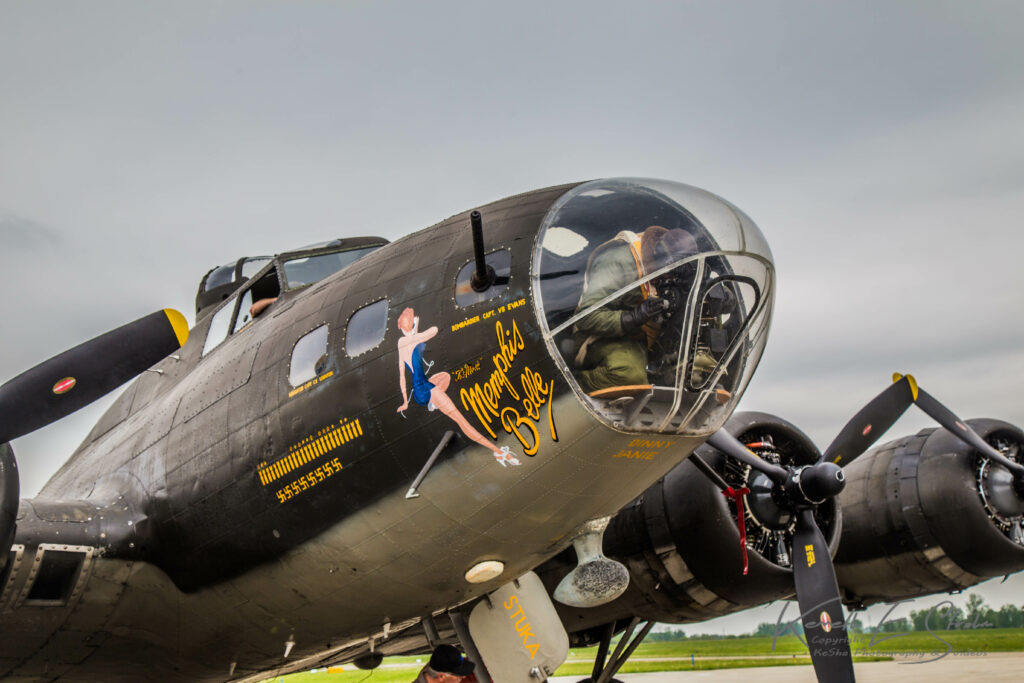 B-17
“The Movie Memphis Belle”

Please join us for a flight into history aboard the famous B-17 Flying Fortress “Movie Memphis Belle” at the National Warplane Museum’s Geneseo Airshow. Take your position and experience first-hand what it may have been like to be a bombardier, waist gunner or flight engineer on a mission over Germany during WWII. This is a once in a lifetime opportunity to experience the sights and sounds of a WWII Heavy Bomber made famous by the aircraft’s starring role in the movie Memphis Belle.

Greg Koontz has been performing in airshows since 1974, when he joined Col. Moser’s Flying Circus and learned his trademark maneuvers from the best in the business. This airshow season, Greg returns to his roots to bring back good old-fashioned family entertainment in the best flying circus tradition! With TWO complete airshow acts, Greg Koontz and the Alabama Boys are a complete airshow package! 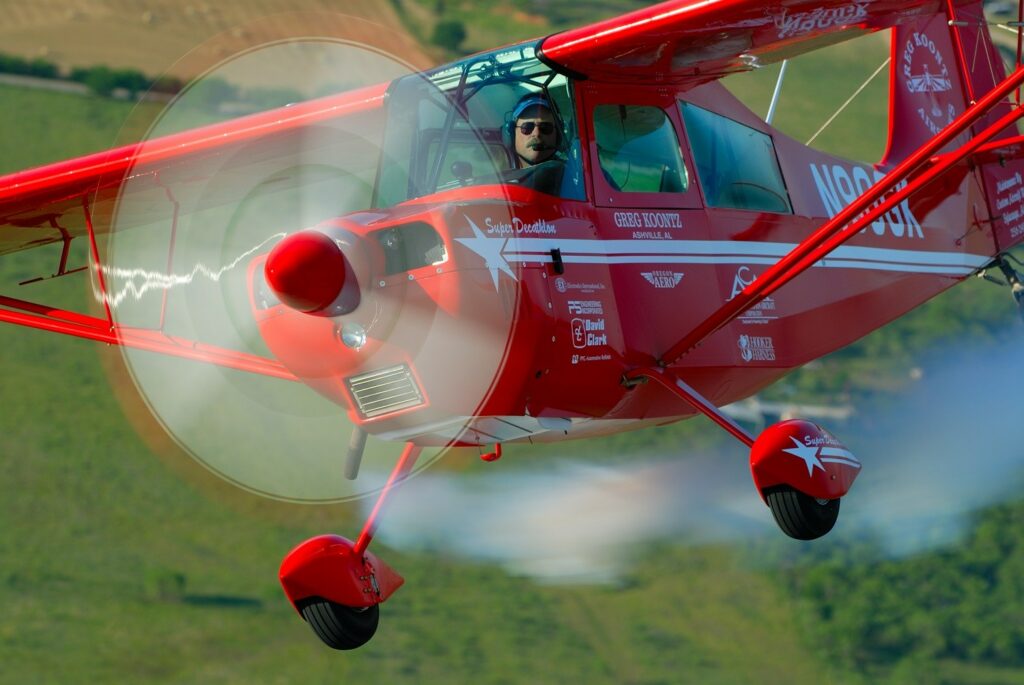 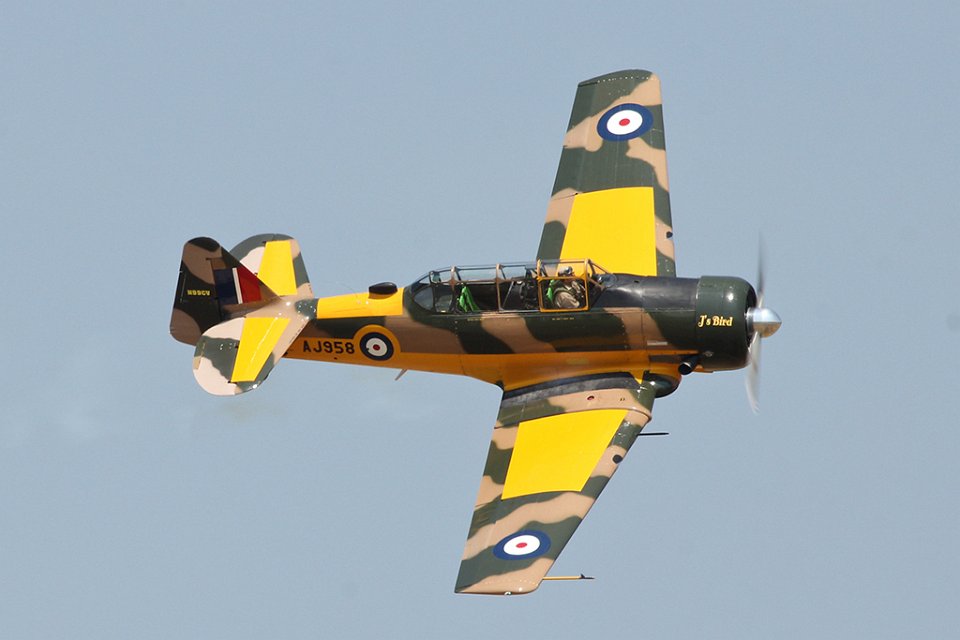 John “Skipper” Hyle is the owner and operator of this 1952 North American Harvard Mk. IV “J’s Bird” which is available for airshows, flybys, formation and films. JayMatt Aviation dba “Air Corps Aerobatics” provides a living history bent to your airshow, we come in period flight gear and perform an act based on the World War II Acro Check that every Allied pilot took in the T-6, SNJ, or Harvard.

One of the aircraft that took part in the D-Day invasion was “Whiskey 7,” a Douglas C-47. She flew as the lead ship for the second wave troop carrier airborne invasion force and dropped troops from the 3rd Battalion, 505th Para Infantry Regiment, 82nd Airborne Division.  Descending on Drop Zone “O” near the village of St. Mere Eglise, they were one of only a few units that were actually dropped on their assigned drop-zone, liberating the French village of St. Mere Eglise. Whiskey 7 flew throughout the war and also participated in the famous “Market Garden” operation towing gliders.

Please join us for a flight into history aboard “Whiskey 7” Take your seat and experience first-hand what it may have been like to be a paratrooper flying over Normandy on the lead plane in the second wave on June 6, 1944. 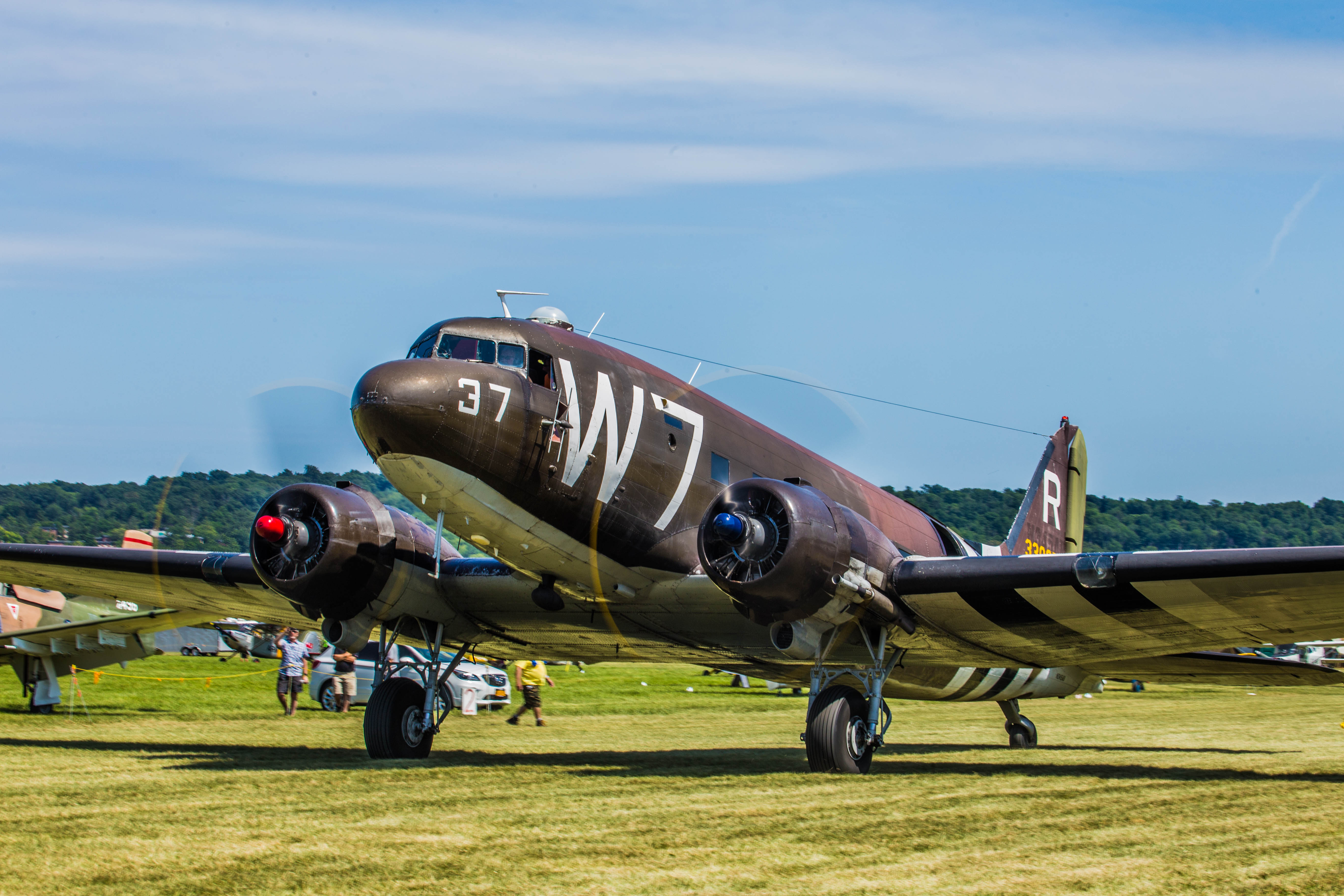 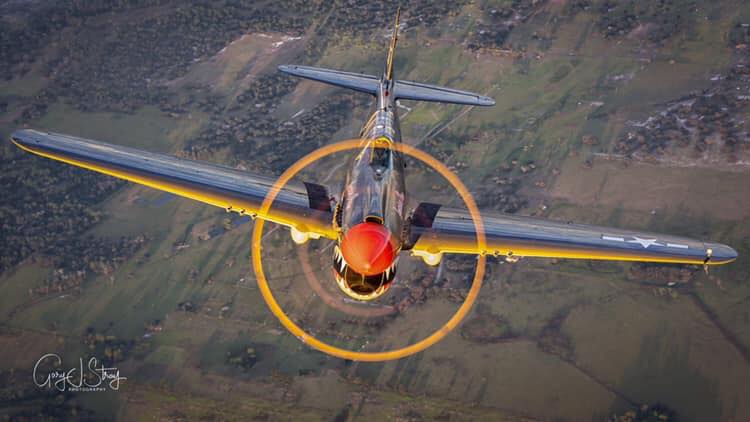 Warbird Adventures, Inc. and owner Thom Richard, have added the fully dual controlled, dual cockpit, Curtiss TP-40N Warhawk, ‘American Dream’ to their Warbird fleet.
If your dream has always been to fly an iconic WWII fighter, here’s your opportunity to check that box. In addition to formal checkout training, introductory flights are available. There are only five TP-40’s known in existence today, and ‘American Dream’ is the only TP-40 in the world offering dual instruction on a commercial basis to the general public.

Manfred performs his day and night acts in a fully aerobatic sailplane. The spectators delight in the change in pace and contrast to the other acts his graceful and elegant performances bring.

Manfred Radius is a top professional air show performer who ushered in a new era in sailplane demonstrations. He has the distinction of having introduced world championship-level sailplane performances to air shows in North America.

Manfred Radius began his career in flying sailplanes in 1961 at age 17 in Hamburg, Germany. He has logged in excess of 5,000 flights and accumulated over 2,000 hours in at least 60 types of sailplanes.Manfred immigrated to Canada in 1969 and became a gliding instructor in 1972, adding the glider aerobatic instructor’s endorsement in 1977. 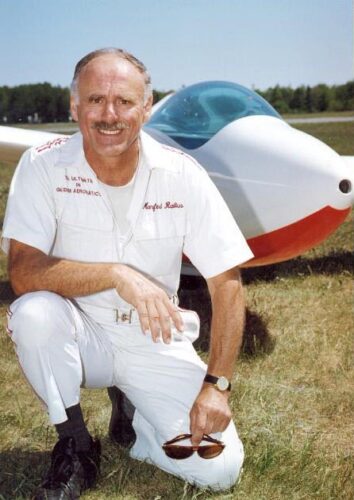