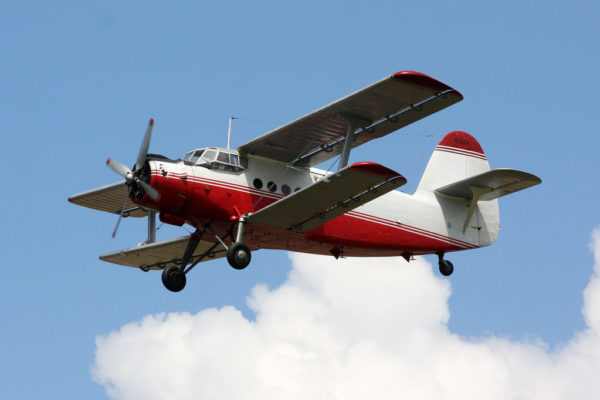 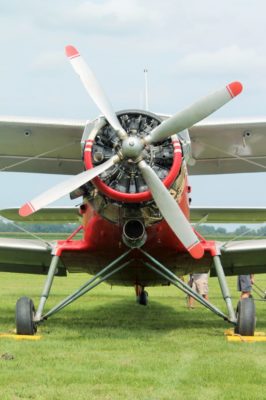 Designed originally for agricultural duties under the designation Skh–1, the AN-2 utility transport flew for the first time in 1947, and it has been manufactured in extremely large numbers for both military and civilian roles. Of robust construction and suitable for operation from short, semi-prepared strips, the An–2 is employed extensively by the Soviet Air Force as a light freighter, a paratrooper training aircraft, and as a radio and navigational trainer. As a freighter, the An–2 will carry a 3,000 lb. load, and as a personnel transport up to fourteen seats may be installed.